For more than 50 years, Rizal Elementary School in Gubat, Sorsogon had no library. Students had to content themselves with their textbooks, many of them borrowed. Alumna Emelyn Balabat said she first stepped into a library during her college years at a state university.

All that changed last Friday, when alumni and parents, led by Emelyn, and travel bloggers and volunteers brought the last batch of donated books and officially opened the school’s library.

The school began the call for book donations June of last year. Emelyn as the project coordinator aggressively fundraising and requesting book donations. Travel blogger James Betia, more popularly known as Journeying James, got wind of the project last June through Emelyn and launched a book sharing project with the help of other travel bloggers, runners, and other individual volunteers for fundraising and donations. Volunteer organization Diksyonaryo Atbp also pitched in to help.

Those involved in the project filled the library with encyclopedias, text books and story books.

The library is aptly called a “bayanihan library” as it is the fruit of community effort. Of the 42 barangays in Gubat, Sorsogon, there are only six libraries, and Rizal’s is the only “bayanihan library,” Emelyn was proud to point out.

In fact, the library would be made open not only to Rizal students but to the public, a true community library born from community involvement.

I was lucky to join the volunteers who donated story books for the last batch of donations and who witnessed the library’s official opening. Early in the day, as a prelude to the library’s launch, many of us did a story telling for students, who gamely listened and participated. 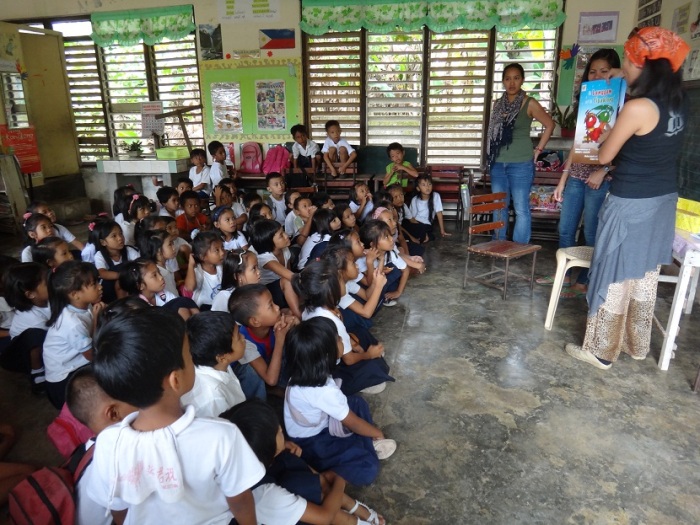 Hundreds of students, parents and visitors flocked to the school’s grounds in the afternoon to watch the program for the library opening. Emelyn, school officials, travel bloggers and others volunteers involved in the book sharing project shared their experiences.

For me, the highlight of the program was the student performances.

Students dance in front of hundreds of other students and guests. 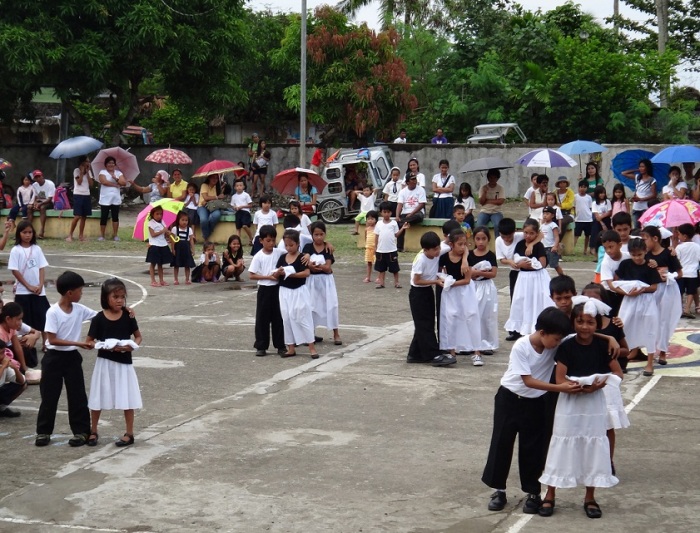 These students’ interpretative dance of “Anak” (Child) by Freddie Aguilar left their parents and me teary-eyed.

(Left) A student sneaks a peek at the library. (Right) Students cut the ribbon to the library’s entrance.

The students were led by groups to quickly go around the library. The pride in school principal Aldrin Estipona’s voice was unmistakable as he told each batch to take a short but good look at the books and to come back next time to read.

Journeying James leads the students around the library.

(Left) A student peruses a book after his fellow students have taken a look around. (Right) Once with no books to call its own save some textbooks, Rizal Elementary School’s students are now the happy owners of these books and more.

Bloggers and volunteers adding more books to the library’s collection.

It was inspiring to watch the excitement and anticipation of students and teachers for their long-overdue and deserved library. Emelyn also told me that just today, students enthusiastically crowded the library to spend more time reading.

Also equally inspiring is the fact that this small miracle was borne out of the love and cooperation of travelers and passionate individuals who want to make a difference. 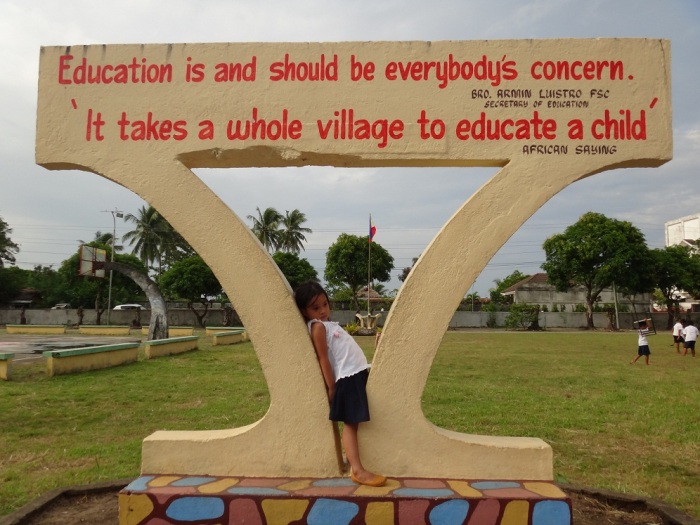 It took Barangay Rizal, as well as a community of travelers and volunteers, to help educate this student and more by filling a library with books.

Emelyn, the driving force behind the book sharing project, says her thanks and belts out a cheery song to volunteers’ and visitors’ delight. 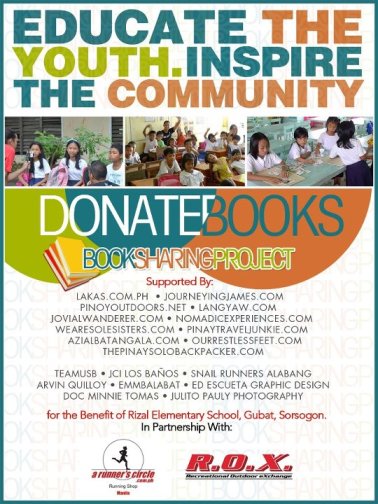 Here’s to more travels and travelers with a cause!