Bold, bright native costumes. Powerful drum beats that vibrate through the heart. The quiet dignity of tribal elders and leaders as they walked through the streets. And, dances where indigenous past (the story of the people and their land) and present (precise steps choreographed by professionals) meet.

Watching the indigenous tribes in Bukidnon dance in the streets at the annual Kaamulan Festival for the first time yesterday, I felt that the spirit of the indigenous people is very much alive, running, sashaying and smiling through the festival performers.

Manobo and Matigsalug tribes dancing as representatives of Kitaotao municipality in Bukidnon. Kitaotao is the winner of the Kaamulan Festival street dance competition this year.

Kaamulan is an indigenous word in Bukidnon which means “to gather,” according to the tourism brochures I browsed through on my way to this mountainous province.

In the Kaamulan Festival, the seven Bukidnon tribes gather and perform.

The seven tribes of Bukidnon

An anthropologist and former Vice Chancellor for Research and Extension at Mindanao State University-Marawi, whom I had the pleasure of meeting in Cagayan de Oro before I went to Bukidnon, begged to differ, though.

Dr. Nagasura Madale said that “Kaamulan” is about going back to one’s roots. He also pointed out the word “mula” in “Kaamulan.” His words personally resonated with me; in Tagalog, “mula” means “from,” and “pinagmulan,” a variation, means “the place one comes from.”

Kaamulan Festival is indeed more than just a gathering. I feel this festival helps natives from indigenous groups remember just how rich their culture and roots are. Indeed, there are some who have forgotten or are forgetting their roots. A Higaonon artist I met at Kaamulan told me that not many native Higaonons know the indigenous ways. He, as an artist, aims to show the richness of their culture to his fellow natives.

And, in watching this festival, spectators like me can also appreciate this wealth of indigenous spirit. And also, I believe that the spectators who come in droves every year help validate the Bukidnon natives that their culture is indeed important.

Below I re-live in photos what happened in the morning of the Kaamulan Festival street dance. 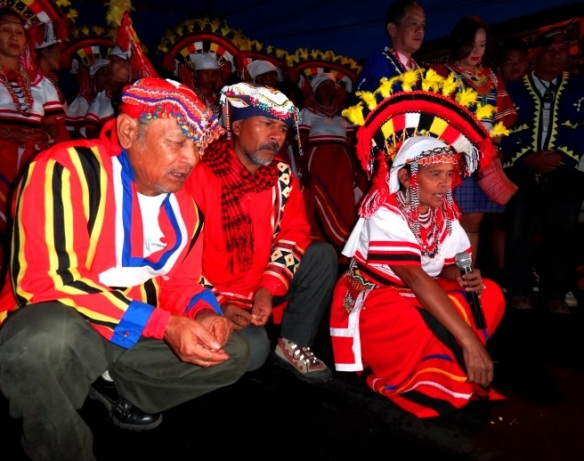 Pamuhat, a ritual offering performed by indigenous elders before the Kaamulan street dance. Bai (female leader) Inatlawan of the Bukidnon tribe (right) leads the ritual in native tongue. Beside her are datus (chieftains).I had the fortunate opportunity to talk briefly to Datu Masilsil (left) of the Higaonon tribe. 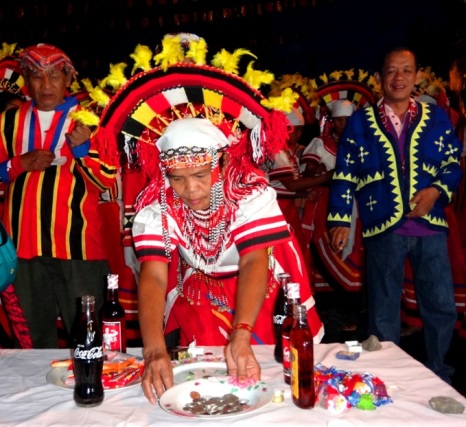 Bai Inatlwan prepares the offerings for Pamuhat. I later learned from her that the ritual was done to ask permission from the spirits on the road for the street dance, and also for the performers to have enough energy for the dances.

Rica dela Cruz of the Idlantungun Manuvu tribe, one of the tribes representing Pangantucan municipality, the first contestant for the Kaamulan Festival street dance competition 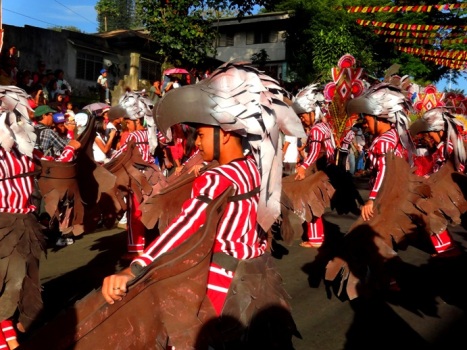 Valencia City, the fourth contingent, is the rice granary of Bukidnon, and thus portrays a bountiful harvest.

Their dances are thus more about farming. The tribes in Valencia this festival are Bukidnon and Pulangihon. 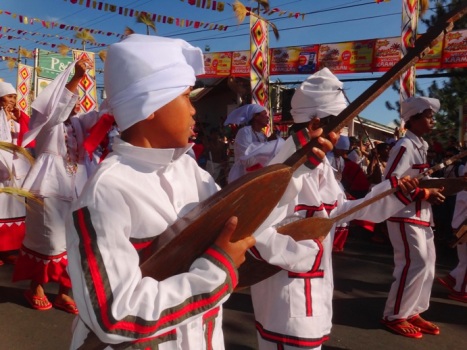 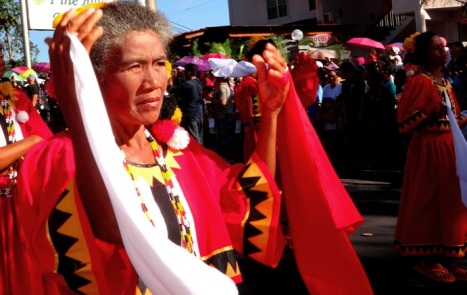 An elder dancer for Damulog. This Kaamulan, the tribes in attendance for Damulog are Manobo and Dungoanon.

A tribal family at the forefront of Kitaotao municipality, the sixth contingent. Kitaotao is also the winner of the 2013 Kaamulan street dance competition.

Kitaotao dancers. The tribes in Kitaotao are Manobo and Matigsalug. 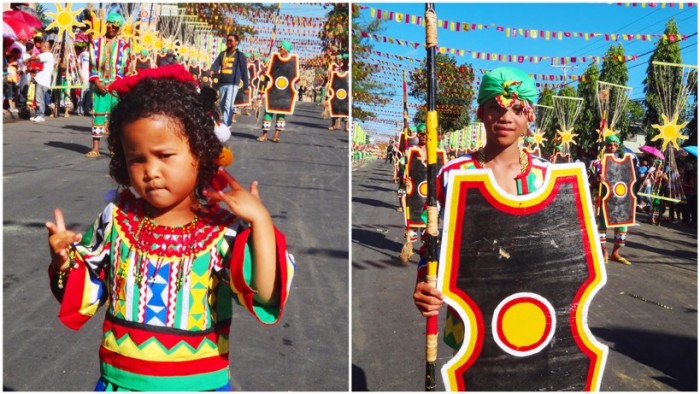 Talakag’s float is the grand prize winner of the float competition. 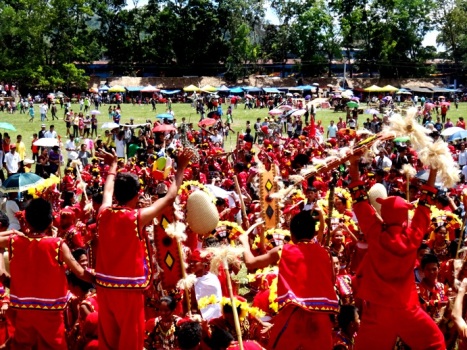 Kitaotao dancers jumped and cheered upon hearing of their victory in the street dance as well as the ground presentation competition.

It was a morning of gathering, celebrating, and remembering.

But more than just indigenous people’s pride and spectators’ appreciation of their culture, I believe “Kaamulan” – going back to one’s roots – has a deeper meaning. The festival for me is an invitation to reconnect to the ancient indigenous wisdom many of us Filipinos have forgotten or are forgetting. While technology is a welcome advancement, I believe we should not forget ancient wisdom, especially that which connects us as human beings to nature. And people from the indigenous tribes, especially the elders, live this wisdom. I believe people from cities can learn as much as – or even more from – indigenous group elders – as much as the indigenous people can learn from them.

Watching the festival strengthened my desire to know them more. I actually came close to tears a few times. I felt gratitude, overwhelming gratitude, to have this chance to see the rich spirit and culture of indigenous Filipinos, flow through my entire being. The effect on me was visceral and difficult to fully capture in words.

Getting such a meaningful glimpse of the vibrant spirit of the indigenous people during the Kaamulan Festival makes me excited about what I will experience when I get to know them more in the future.

Part of the Kaamulan soil painting by Higaonon artist Mawee Bangcong. “Kaamulan” is also written in baybayin above the Roman letters. Baybayin is a pre-colonial Filipino writing system often mistakenly called as alibata.