The cheapest way to get to Gigantes Islands, or Islas de Gigantes, from Metro Manila is via a flight to Iloilo City. The fastest way would usually be via Roxas City in Capiz, but flights are more expensive and less frequent. Manila to Iloilo flights, meanwhile, are available daily. The cheapest flights (though less frequent), depart from Clark Airport in Pampanga, a convenient airport for those living north of Metro Manila and nearby northern provinces. From Iloilo, the jumpoff to Gigantes is 3-4 hours away via van in Jaro’s terminal. 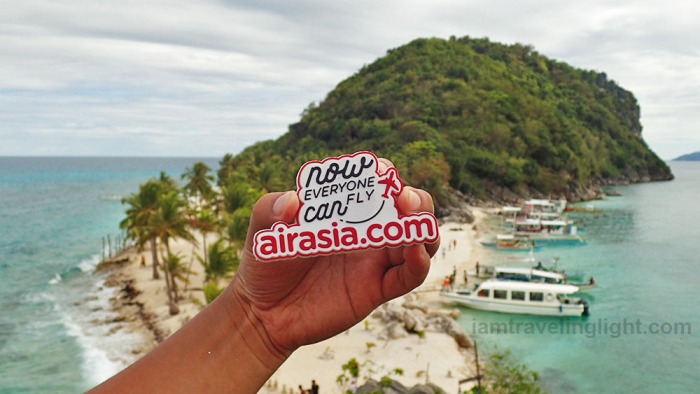 The famous view of Cabugao Gamay Island, part of Islas de Gigantes. We got here via AirAsia.

My friends and I flew to Iloilo  via AirAsia, the only airline with a direct flight to Iloilo via Clark. It was my first time to fly from Clark Airport in a long time. We rode via a chartered van, but one of us who flew from Clark recently attested to the convenience of the point-to-point, or P2P buses from Trinoma Mall to Clark Airport (There are also P2P buses from Robinsons Galleria Ortigas, and NAIA Terminal 3).

Compared with the airport terminals in Metro Manila, Clark Airport is a breath of fresh air with its wide spaces and smaller crowds. 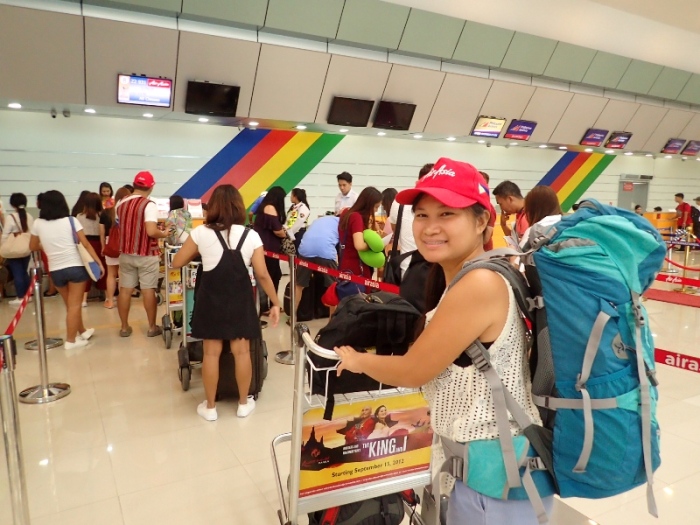 Checking in for our flight to Iloilo 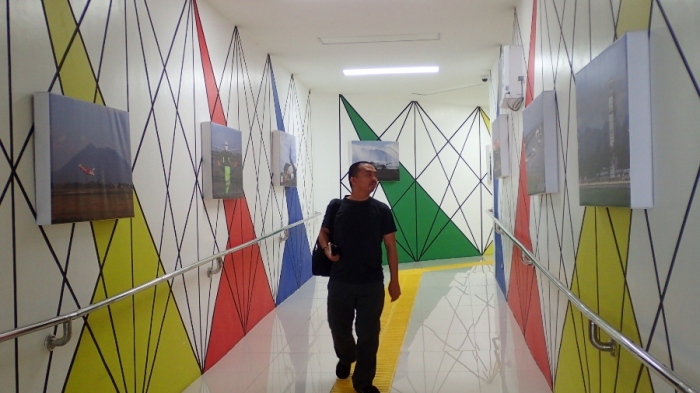 On our way to the boarding gates, we passed by this colorful hallway of historical photos in Clark. Among them are photos of aircraft.

We had a relatively quick yet pleasant experience at Clark Airport. We also had lunch in one of the fastfood restaurants before boarding. 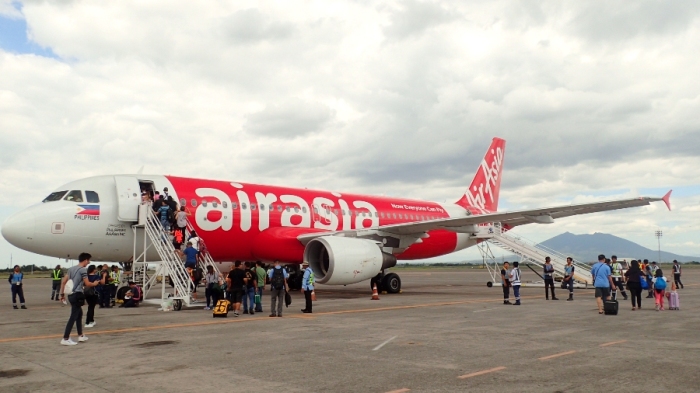 Like our stay at Clark, the flight was quick and pleasant. Soon enough, we landed at Iloilo Airport.

While Gigantes Islands were part of our itinerary, we also toured other parts of Panay, like Antique, particularly Mararison Island, Malumpati Cold Spring, and Tibiao’s Kawa Bath (See our experience and affordable itinerary here). 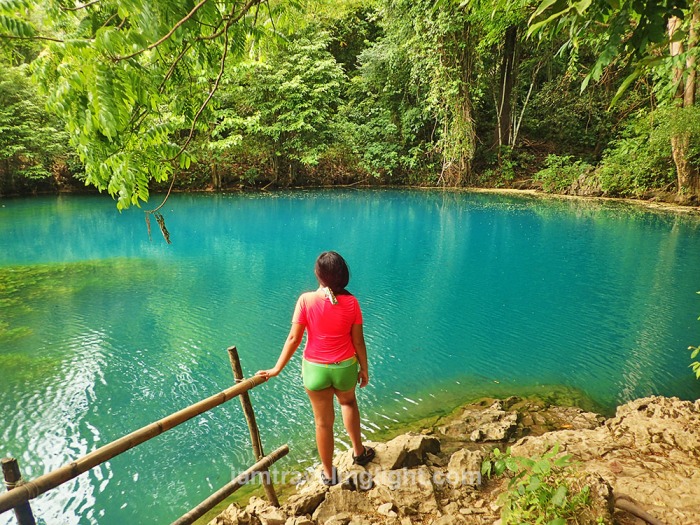 The quiet blue green of Malumpati Cold Spring in Antique

We also went to Capiz, had the Palina river cruise tour (a quieter and more laidback alternative to Loboc River Cruise in Bohol), as well as some island hopping. 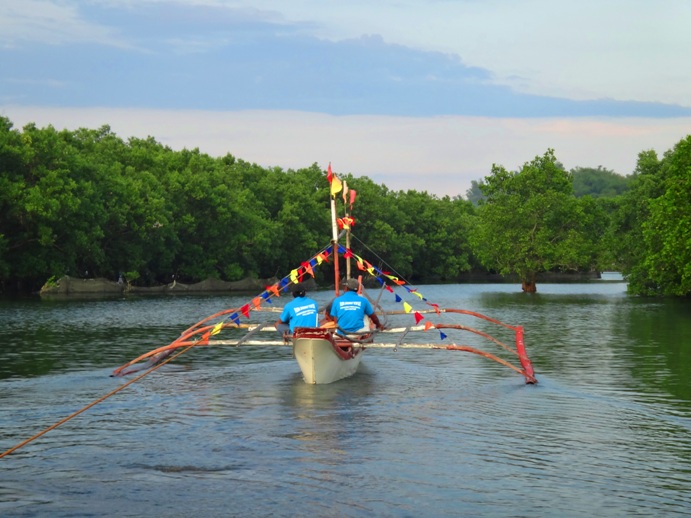 The view while cruising Palina River in Capiz

Exploring Gigantes Islands was the highlight of our trip, with its sandy white beaches, a sandbar, and a quiet lagoon (Check out our P999 budget itinerary here). 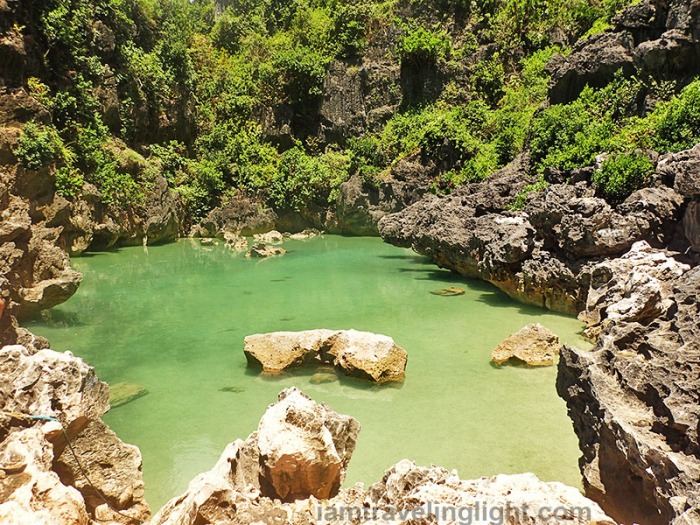 We stayed at a glamping cabin at Solina Resort, which is less than ten minutes away from the jumpoff to Gigantes. The resort also has a beautiful pool with a view of the sea in the distance. 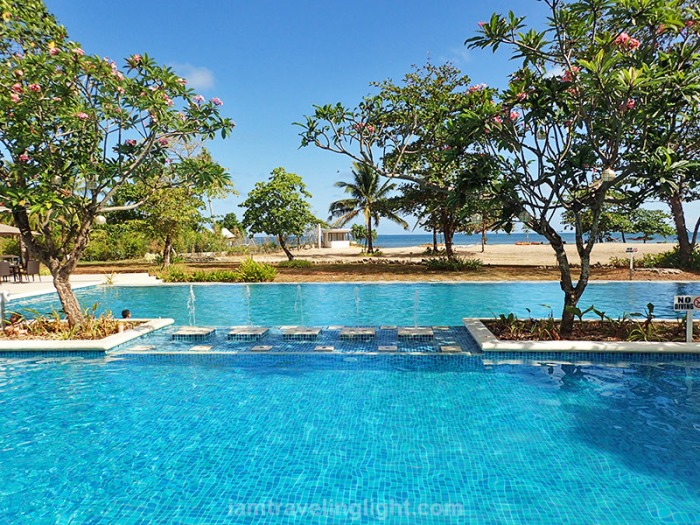 The pool at the resort where we checked in, Solina Resort

After our adventure, we flew back to Clark from Iloilo via AirAsia again. 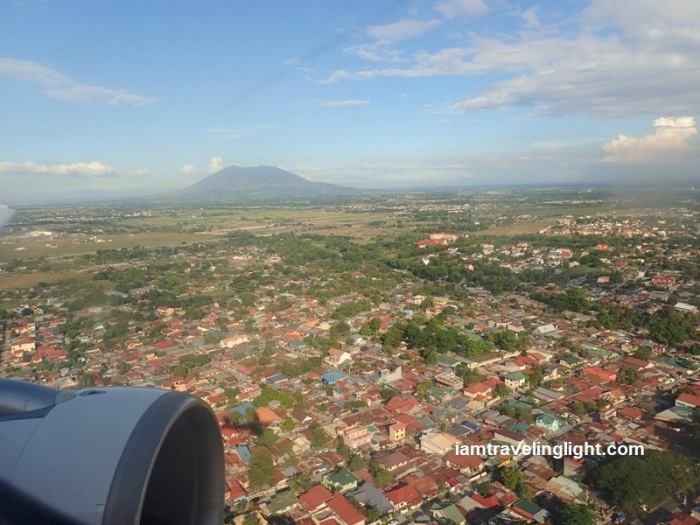 View from the plane near Clark Airport

I wouldn’t mind flying via Clark Airport again given its more relaxed vibe.

AirAsia Clark to Iloilo flights are on Wednesdays, Fridays, and Sundays. AirAsia is the only airline with a direct Clark to Iloilo route. Other Clark routes are Puerto Princesa, Tacloban, Kalibo, Caticlan, and Davao.