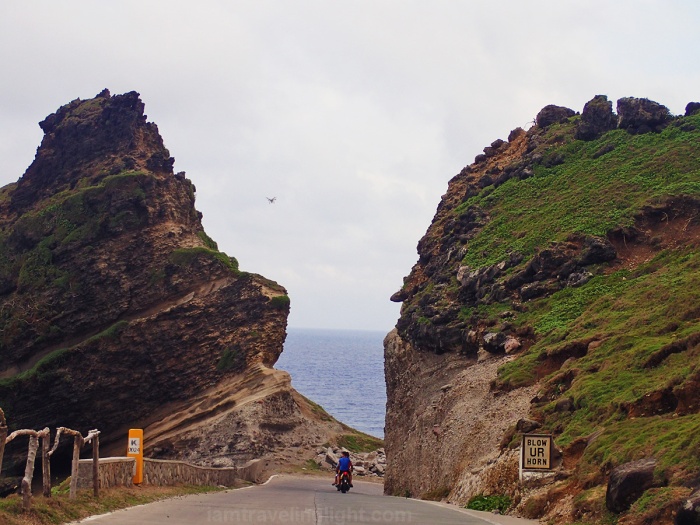 Motorcycling or riding at the back of a motorbike can be exhilarating. Photo taken in Batanes

There is nothing quite like the experience of feeling the rush of wind on your face while taking in breathtaking sights like seas, mountains, and skies. Even though I am not a rider myself, one of my favorite parts in traveling around the Philippines is riding the back of a motorbike and getting that feeling of freedom and exhilaration while I drink in my country’s beauty.

If you would like to experience that feeling, too, here are some provinces – 5 of them islands! – I personally recommend exploring via motorbike. These are provinces beautiful yet small enough that they can be driven around in a day or even less. Motorbike rentals start well below P500, while motorbike tours, in my experience, are  below P1,000.

On the bucket list of many Filipinos, Batanes is known for its postcard-perfect landscapes and seascapes. While the views can be enjoyed from any mode of transportation, I enjoyed them most while riding on the back of a motorbike. 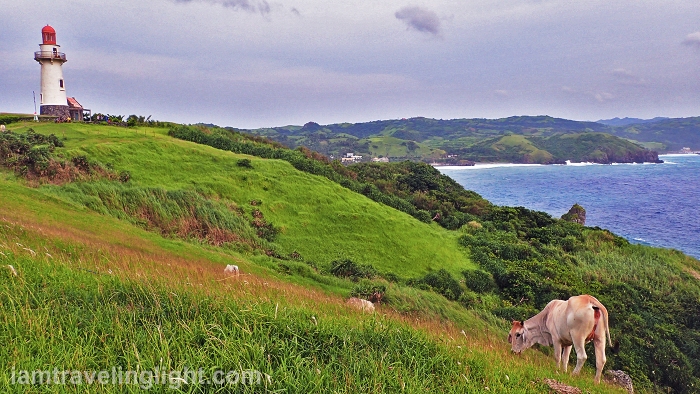 After going on the usual Batanes tours with my family, my tour guide took me around by motorbike from the province’s capital town of Basco, to the farthermost town of Uyugan, and then back to Basco on a different route. The whole ride took less than two hours, with two stops. Feeling the open air and seeing the cliffside views in the early morning as my guide navigated the curves on the roads was exhilarating. I would say Batanes is my best ride so far. 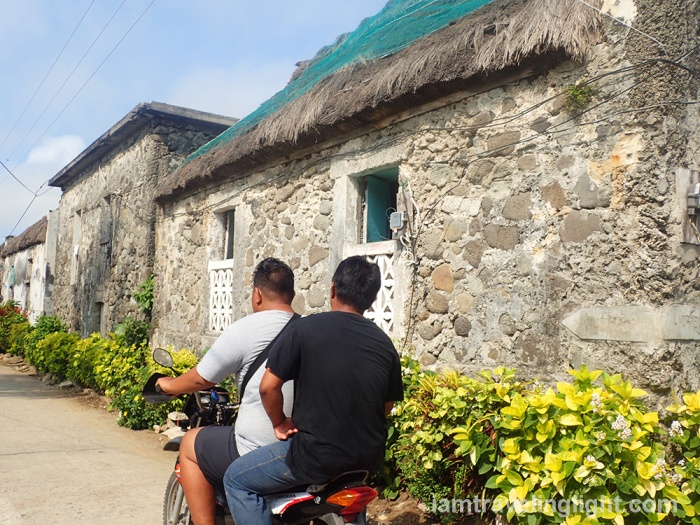 Motorbiking around Sabtang Island. Bicycles are more common here, though.

A leisurely tour with several stops can take at least two days. One day, though, is manageable, if you are picking the more popular sites like Rakuh a Payaman (Big Grazing Field) and Alapad Hills. If you are going to Sabtang Island, you would need an extra day.

RELATED: The Philippines’ Most Beautiful Places, According to Travelers Who Visited All 81 Provinces

Tip: Some accommodations offer motorbikes for rent, especially in the capital town of Basco. If they don’t, they can usually refer you to those that do. Prices may vary, but one local told me that rental is usually P1,000 for the whole day, but starts at P500.

One of the most popular provinces to explore via motorbike, I would say. Unlike Batanes, motorbikes for rent are aplenty in Siquijor. You can also get a local to take you on a back ride, too! I traveled back then with a companion, though, so we took the tricycle instead of a motorbike. The island can be explored in one day, especially if you just want to see the main attractions like Salagdoong Beach, Lazi Church, and Cambugahay Falls. 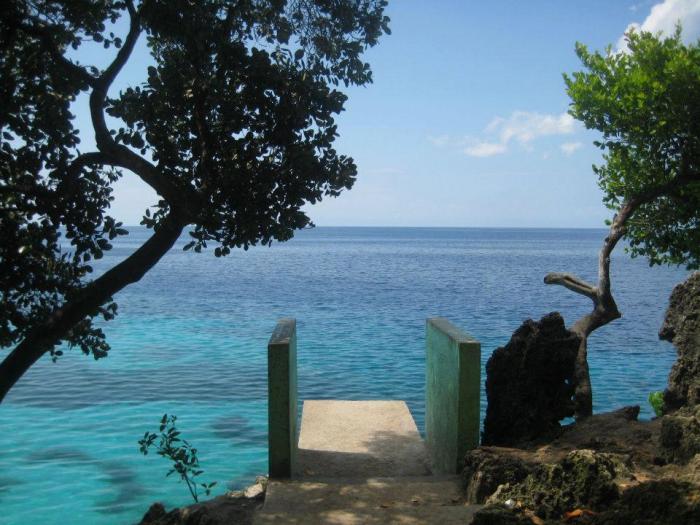 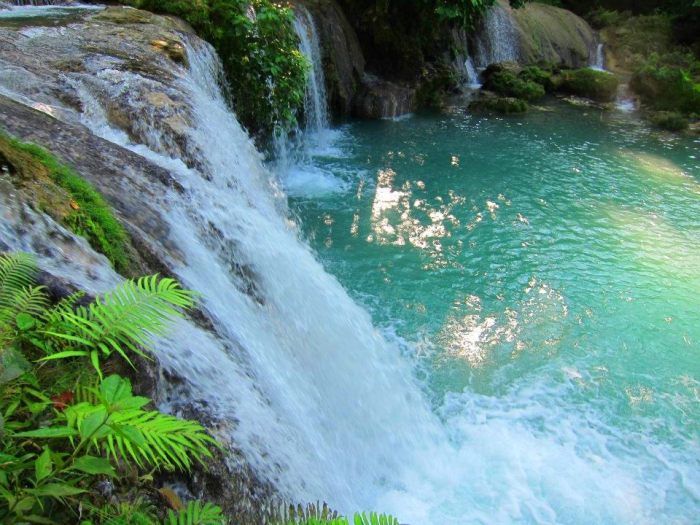 We took two days, though, as we also went to the viewpoint at Mt. Bandilaan, spelunked at Cantabon Cave, and visited an ancient healer. 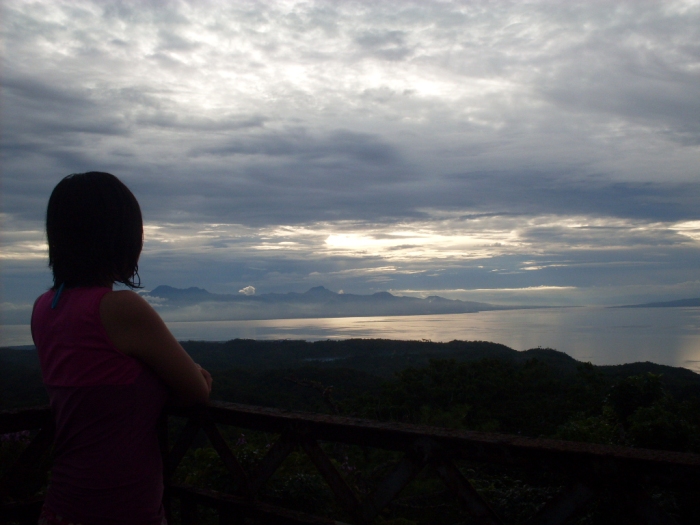 Taking in the sea and forests at Mt. Bandilaan viewpoint

Often mistaken to be part of Leyte and not a stand-alone province, Biliran Island has an understated but picturesque charm. As I rode on the back seat, I held my breath in awe when I saw the green of mountains and rice fields to my left, right, and straight ahead, and the blue of the sea on my back. 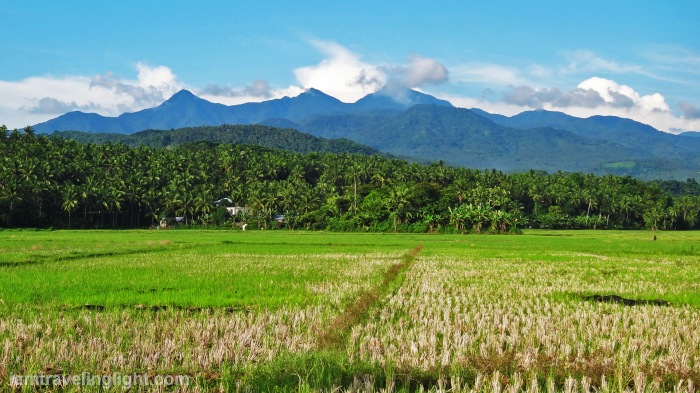 Probably because of its many mountains, Biliran is the province of countless waterfalls, explored and unexplored. During my trip I was able to visit three, Ulan-Ulan being my favorite. Aside from waterfalls, Biliran also has hot and cold springs. And, it has its own rice terraces, too! 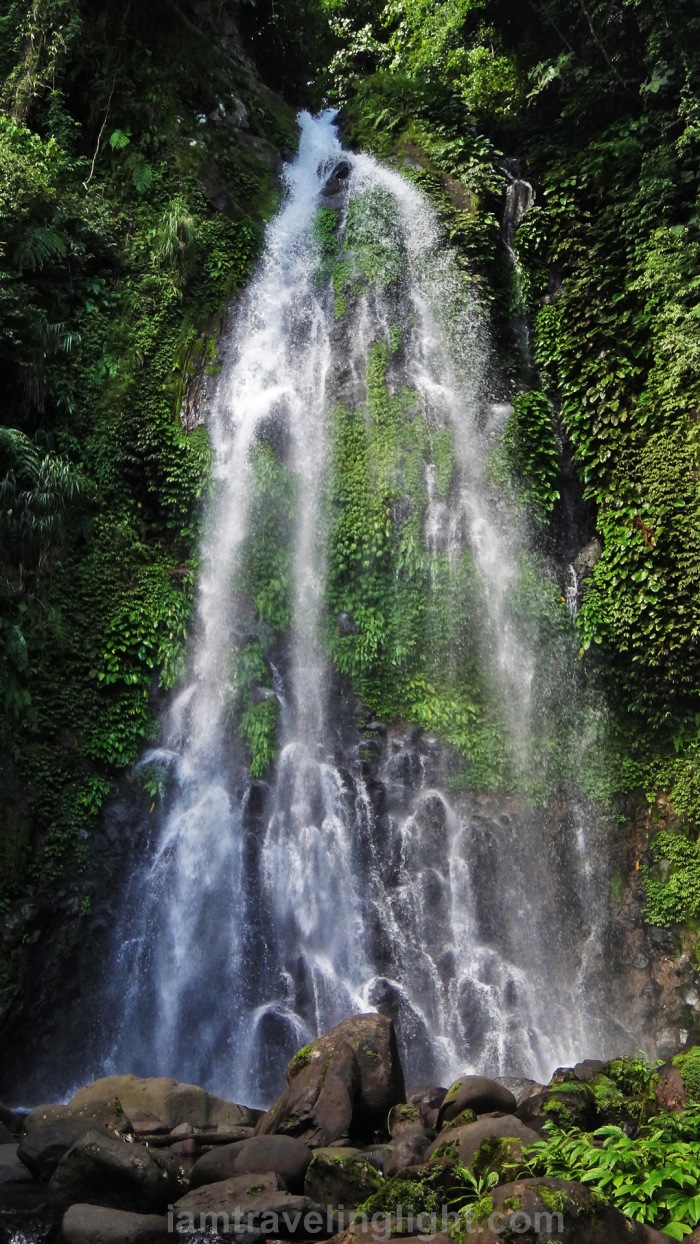 Ulan-Ulan’s water trickles like raindrops through stones, thus the name.

Biliran has its own rice terraces, too!

If you only have one day, visit at least one beautiful waterfall, the rice terraces, and end the day with a sunset by the beach. It is also just beautiful to ride around with no itinerary because of the view of mountains, rice fields, and sea.

Tip: Motorbike rentals are available in Naval, the capital town of Biliran, usually starting below P500. Naval is also where you will be getting off when you take the 2 1/2-hour van ride from Tacloban, Leyte.

For quite a small island, Camiguin has varied natural attractions like beaches, marine sanctuaries, waterfalls, hot and cold springs, and historical ruins. And, if you come during the -ber months, the province has the country’s sweetest lanzones.

The island’s iconic sights like White Island and Katibawasan Falls can easily be explored in one day. I took another day as I snorkeled at the island’s giant clam sanctuary and visited more springs. 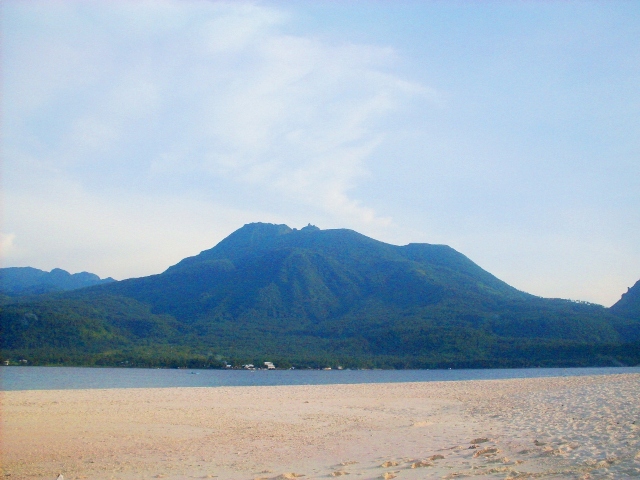 Park your motorbike on the mainland then take a short boat ride to get here at White Island. 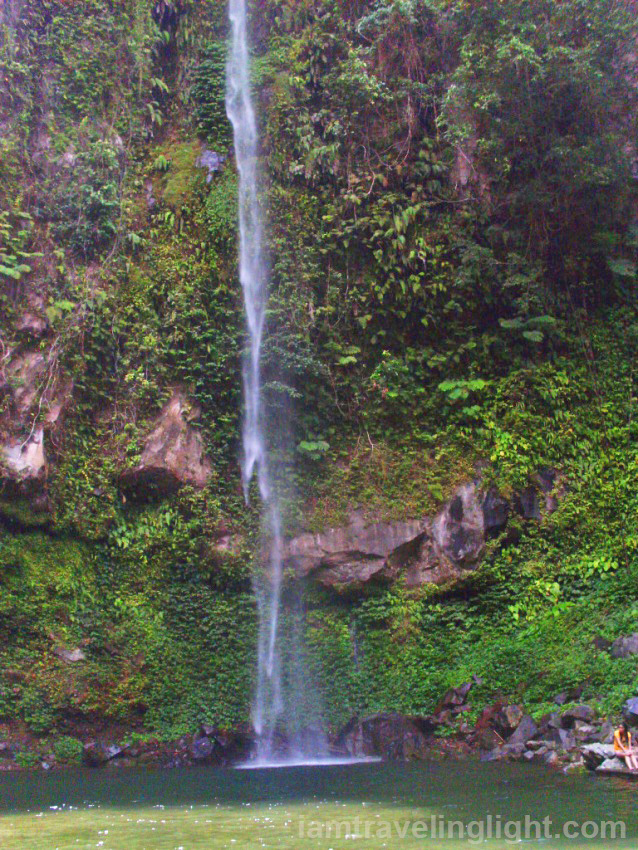 Katibawasan Falls is accessible via stairs from the main road. 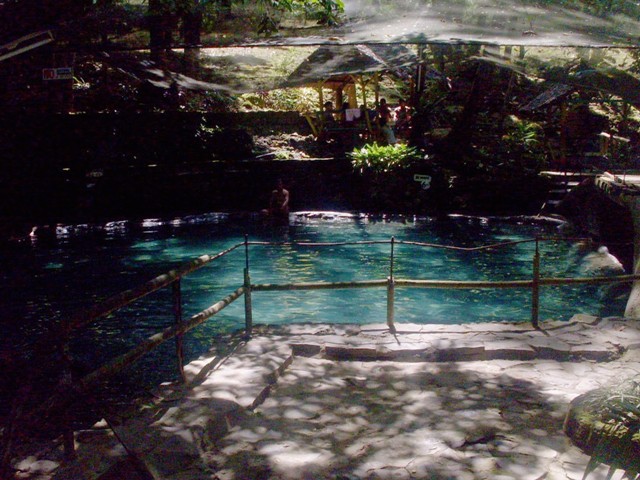 Ardent is Camiguin’s most popular hot springs. Go here on a weekday to avoid the crowds.

Tip: Renting a motorbike in Camiguin is relatively easy as there are even motorbike tours, which I availed of during my trip. Rate is usually P400 for half the day and P600 for whole day.

Famous as a surf spot, Siargao also has beautiful white beaches, tidal pools that look like swimming pools during low tide, and lagoons with stingless jellyfish.

Because mornings can be quiet like this. For surfing, barefoot walking on the beach (fine sand, yes!), and just relaxing under a palm tree, Cloud 9's uncrowded beach and waters are perfect. 🙂 #TBEXPh #TBEXAsia2016 #tpbgovph #Siargao #iamtravelinglight

It is also just beautiful to ride around without an itinerary, as there are the blue seas and the lush greens of trees all around. If you’re a surfer, you can also just stop by anywhere you spot a surf break. Motorbikes usually have a side hanger for a surfboard. 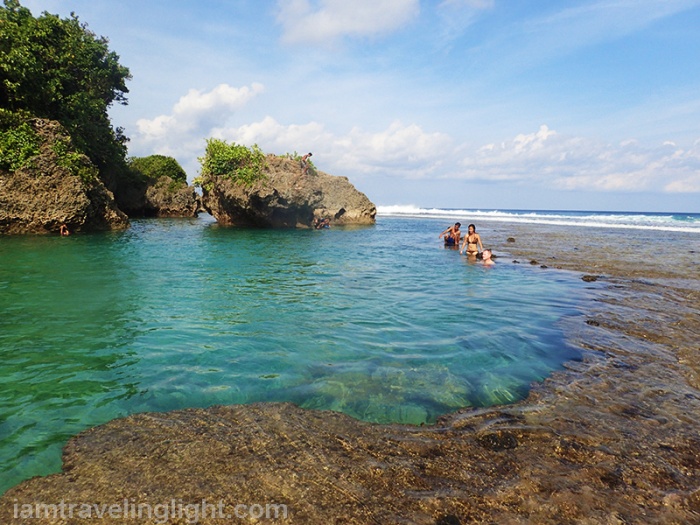 Magpupungko Tidal Pool fills up like a swimming pool during high tide.

Tip: It is easy to rent a motorbike in Siargao’s capital, General Luna. Rent per day is usually P400, but can be haggled down if you are staying several days on the island.

Just on the west of Metro Manila, Rizal is a favorite weekend destination among bikers. The province has mountains, waterfalls, and springs, among other natural attractions. And, it also has beautiful white wind turbines! You need not go as far as Bangui in Ilocos Norte to see their graceful whirls. 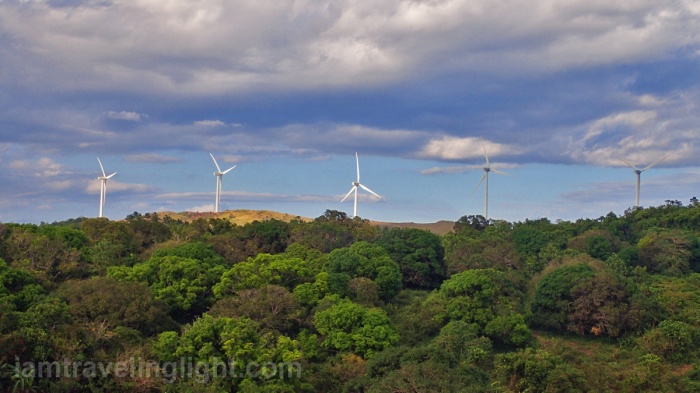 Pililla’s wind turbines are just around two hours or less from Metro Manila.

RELATED: Pineapples, hills, and windmills in Pililla, Rizal + how to get there 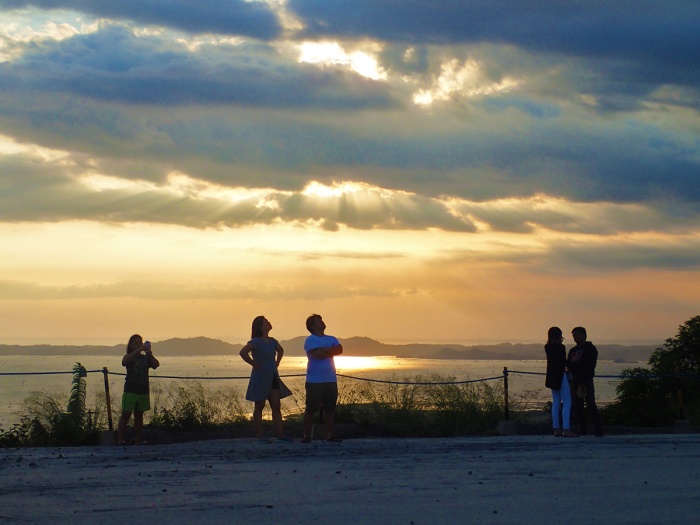 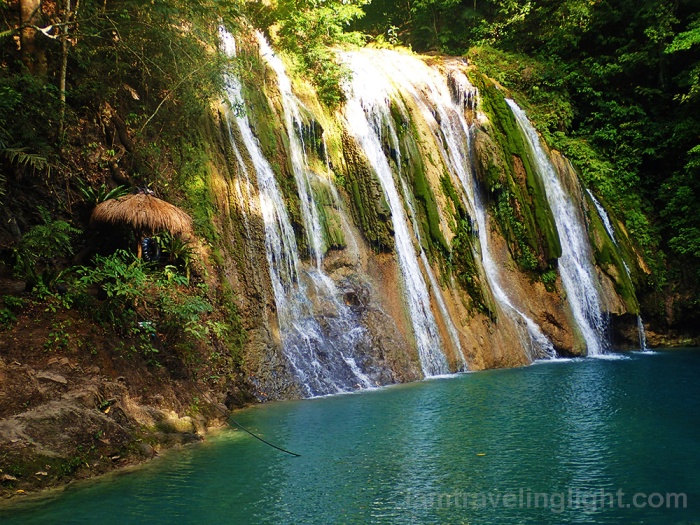 Daranak Falls in Tanay is among Rizal’s most beautiful waterfalls. 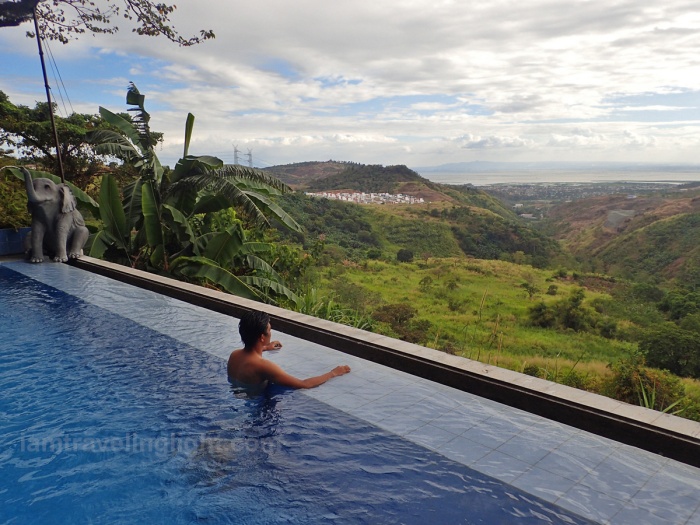 At the end of your motorbike ride, rest your tired body at Luljetta’s Hanging Gardens and Spa in Antipolo. This is one of my favorite places in Rizal.

RELATED: 5 reasons Luljetta’s Hanging Gardens and Spa is the place to relax and throw your cares away

Unlike in the other provinces I mentioned, I haven’t tried riding a motorbike in Rizal, but I do know it is a favorite and accessible spot among bikers, whether on motorbikes or not.

Should you own a motorbike yourself and need reference on accessories to buy, head over to BikeBandit.com. They even have items like Michelin motorcycle tires for sale.

3 thoughts on “6 Beautiful PH provinces to explore via motorbike – driving or back ride!”