I watch as strong, sure arms stir the sweet-smelling, sticky, dark brown mixture in a kawa, a cookware resembling a wok but almost one meter in diameter. The arms belong to a young man named Ruben, who has been preparing calamay (pronounced ka-la-MAhY) almost daily for three years now. Sweat is trickling down his face, and it is not just because of the heat from cooking – he has been stirring for three hours already. And, from a light brown, slightly thick mixture, the calamay has now become dark, gooey, and almost unyielding to the luwag, the big spatula-like stirrer made especially for calamay making.

The calamay, a true fruit of love and patience, is a specialty of Jagna, Bohol.

Preparing the calamay looks deceptively easy, as it only has three ingredients: ground glutinous rice, coconut milk, and brown sugar. Peanuts are optional. The secret behind the delicious Jagna calamay, though, is the hours of constant stirring. Not doing so would result to an unevenly cooked calamay, or worse, burned calamay, once it sticks to the bottom of the kawa. 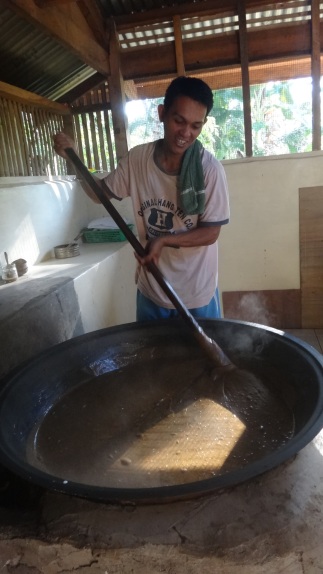 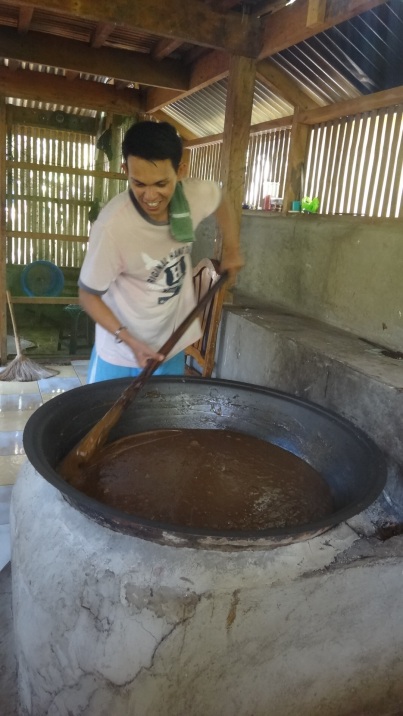 The last 30 minutes of stirring

Pilang Bajao of Bunga Ilaya, Jagna, has been making calamay for over 30 years. She and her people prepare everything from scratch – they grind the glutinous rice and grate and squeeze the milk from coconuts. The entire process from preparation to cooking and packing is done in four to five hours. All ingredients are fresh – Pilang Bajao, lovingly and respectfully called Nang Pilang by some of her neighbors – does not store ground rice or coconut milk before preparing calamay. The calamay itself is cooked over a wood fire with constant stirring. 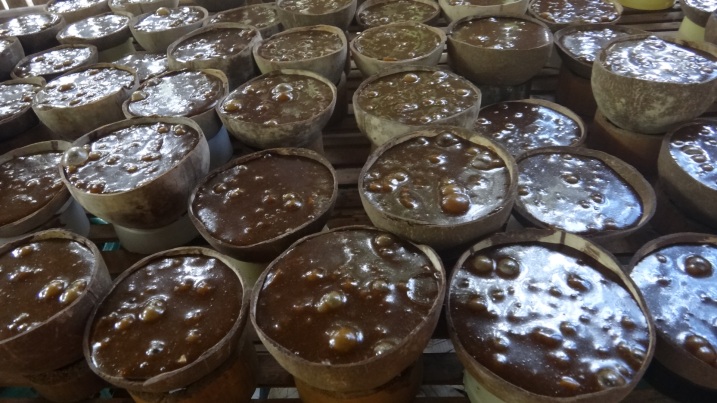 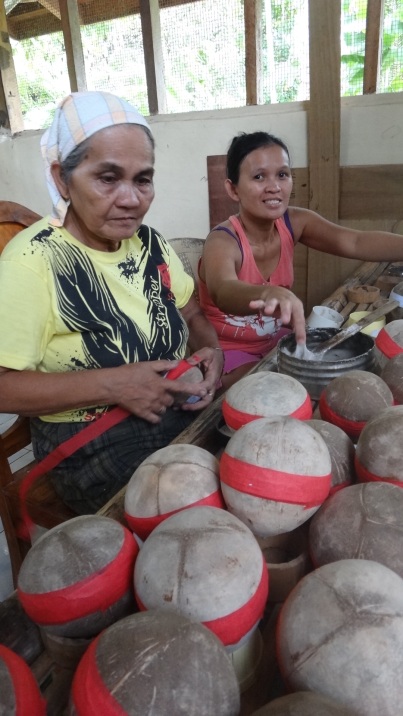 While I was watching Nang Pilang and her people prepare calamay, I could not help but notice and appreciate their sense of community. Even though Ruben does the stirring every time they make calamay, a neighbor stepped in to do the stirring when Ruben had to leave for some minutes. All the people Nang Pilang work with in calamay making are her neighbors.

Indeed, the calamay is not just a product of love, but the shared love of a community. 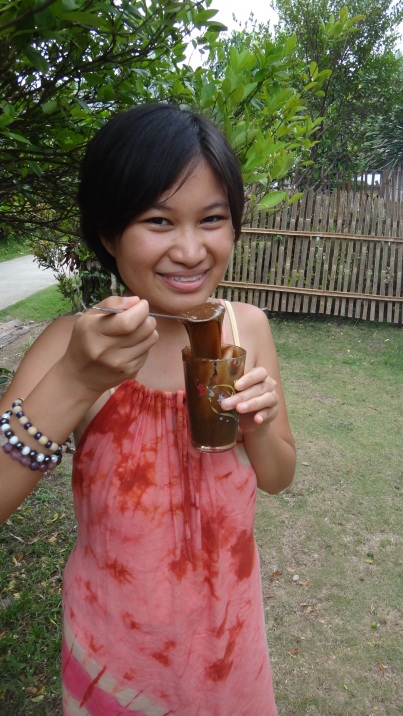 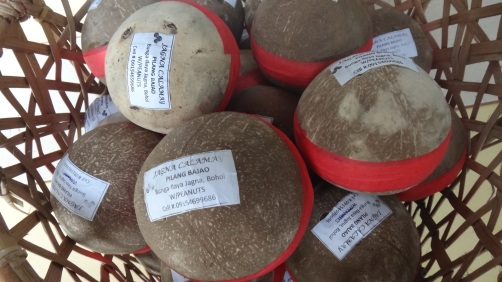 Where to buy Jagna calamay:

You can get Pilang Bajao’s calamay at Jagna port (an hour’s van or bus ride from Dao terminal in Tagbilaran).You will also be passing by Jagna port if you go to Bohol by boat from Camiguin or Cagayan de Oro.

For bulk orders in Jagna, call Pilang Bajao at 09154699686. She sells calamay both in coconut shells and plastic containers.

23 thoughts on “The Jagna Calamay: A Labor of Love”