It was quiet, very quiet. All around me dark mahogany trees rose to the sky.  I basked in the silence as I walked around and admired thick trunks and roots flowing like tiny rivers. The occasional patches of sunlight breaking through the canopy made the silent forest all the more magical.

It was so beautiful that it was hard for me to imagine that this was not a forest made exclusively by nature. In fact, its name said it all – Bilar Manmade Forest. 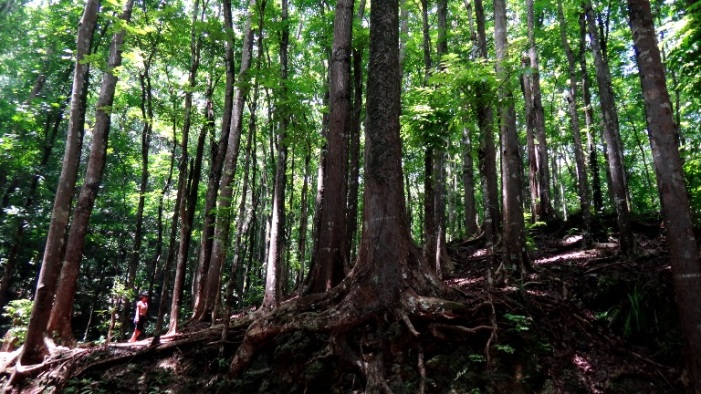 I felt I was walking in a fairytale woodland, only to find out much later the chilling truth.

I have long since admired the forest and the hands that planted it. The two-kilometer forest was planted as part of a reforestation project started more than 50 years ago, to replace trees lost from widespread kaingin (slash-and-burn farming) in Bohol. During my two visits to the forest, I have always taken comfort in its silence. 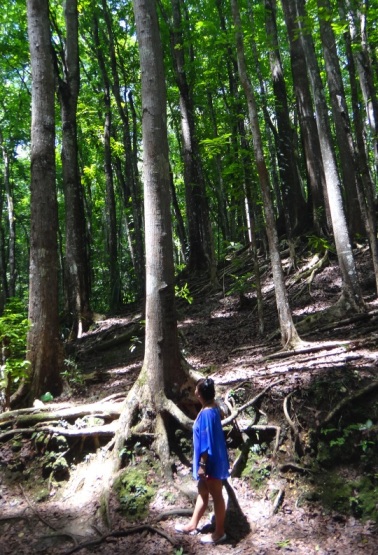 No birds sing here. While the patches of sunlight like this one indeed make Bilar Forest look magical, this forest is a biodiversity-dead zone.

But a few days ago, that silence was forever shattered for me.

A friend and avid birdwatcher shared some facts reportedly from the Philippine Native Plants Conservation Society that mahogany forests are harmful, rather than helpful, to the Philippines’ environment. Mahogany, not being a native species to Philippine soil, is basically an alien, and thus, native organisms do not recognize those trees and do not thrive in such forests.

“Didn’t you notice there are no birds?” she told me. “It’s so pretty but it’s a silent and dead forest.”

No wonder Bilar Forest was so quiet. 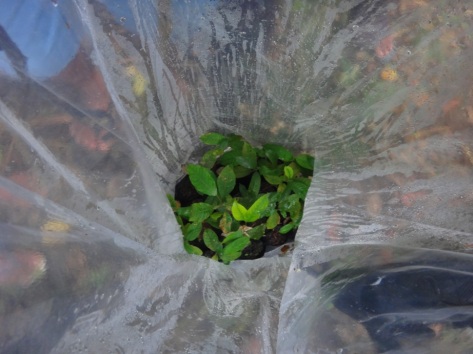 While tree planting projects are fueled by good intentions, volunteering individuals and organizations would do well by planting only native trees.

University of the Philippines Plant Diversity Professor James LaFrankie talked about the danger of non-native trees in detail in his book “Philippine Native Trees 101: Up Close and Personal” released a few months ago. LaFrankie illustrated the difference between planting a Philippine native tree like molave versus planting an exotic tree like mahogany:

“Molave, as a native species, has a relationship to the land, water, and other organisms that has developed over a million years. Certain fungi live with the roots, certain insects feed on the plant parts, while others pollinate the flower. Birds and mammals live along the branches and feed on the seeds. No such relationship exists for the newcomer. The result is ten hectares of mahogany in a biodiversity-dead zone. There are no birds, no insects, only a nearly dead soil due to the lethal chemicals that leak from the rotting leaves (emphasis mine). Native species are rarely found as seedlings beneath the canopy, and so, most significantly, there is no future for ten hectares of mahogany.” 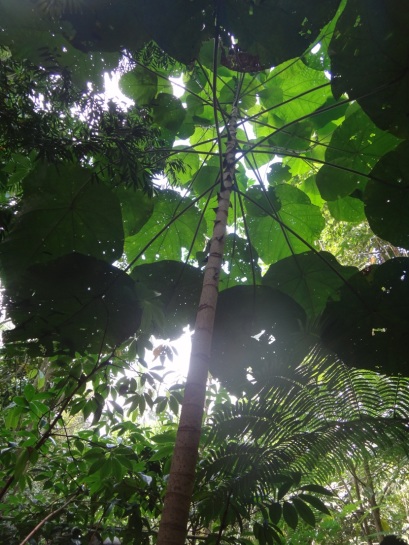 Of course, Bilar Forest remains beautiful to me, and I believe the good intentions that fueled the project, but I admit that I will never look at its silent beauty the same way again. Individuals and organizations now should go beyond good intentions and do their homework well before undertaking any tree planting activity. There are just so many tree planting activities in the country now, some of which are part of travel volunteerism, or voluntourism projects, and they have the potential to impact the environment for the good or bad.

I’m a fan of forests planted with the love and determination of individuals or communities, and forests, when planted right, can do so much good for the earth. One such example is Liptong Woodland, a forest singlehandedly planted by one remarkable man, and which I was lucky to visit during my adventure around Visayas.

So, to fellow travelers and individuals planning to join or organize a tree planting activity, I appeal to you to do your homework before planting a single seedling.

For more details on Philippine native plants, go to Philippine Native Plants Conservation Society. If you would like to know more about the project to reforest the Philippines with native species, go to the Rainforestation website.