When I walked into Liptong Woodland, it was like stepping into another world. Towering native trees and rare flowers and plants, with some species as old as dinosaurs, greeted me in every step. As I soaked in Liptong’s magic, I felt like it was an old, old forest patiently created by nature and time.

Imagine my amazement when I found out it was all planted by only one man, and in less than ten years.

Tatay Eti stares up in animation at a takip-asin tree, an “umbrella” tree for rain.

Rene Vendiola, or Tatay Eti, as people fondly call him, started planting trees in his one-hectare backyard in Bacong, Negros Oriental in 2005, which grew to the forest now known as Liptong Woodland. (I suspect it’s bigger than his one-hectare claim as we took a leisurely two hours of going around the woodland). Initially, his father had planted some trees near the stream of their property, and Tatay Eti continued these efforts.

It was he, sometimes with the help of his son, who painstakingly planted seedlings and saplings in Liptong. “The neighbors would sometimes watch curiously what I was doing,” he said in Filipino. “They were surprised to find that after six years, the trees have already grown.”

Liptong Woodland, the fruit of Tatay Eti’s love and efforts

Tatay Eti’s forest is no ordinary forest – it is a forest of mostly rare and endangered trees and plants. A former farmer and mountain guide, Tatay Eti got his seedlings and saplings from patches of forest around Negros.

Tatay Eti is preserving Negros province’s native trees and plants, in the unfortunate event that some species become very difficult to find, or worse, extinct. Negros Island has already lost 95% of its primary forest cover.

“It is my dream for Liptong Woodland to be the source of seedlings and saplings of endangered plants for researchers and environmentalists,” he said earnestly.

Some of the saplings in Tatay Eti’s nursery 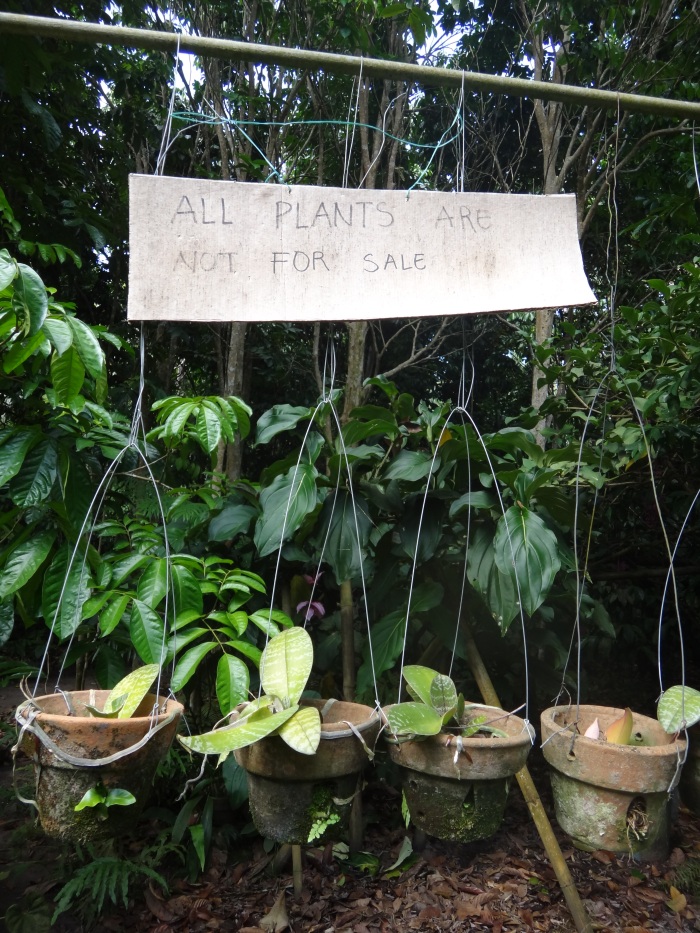 Tatay Eti shares the love but does not commercially sell endangered plants.

Tatay Eti was not always an environmentalist. He was actually a kaingin (slash-and-burn) farmer, but was awakened to kaingin’s effects on the environment when he met environmentalists during his time as a mountain guide, and was later led to attend seminars on conservation.

Now a true-blue environmentalist with a big heart for trees, he also organizes tree planting and conservation projects in Negros. This year, he won the Ramon Aboitiz Foundation Inc. (RAFI) award for Exemplary Individual in Visayas and Mindanao for his work in Liptong Woodland.

But Tatay Eti does not plan to rest on his laurels. Up to now, he regularly plants new seedlings and saplings. “When I see a rare or interesting plant here in Negros or in other parts of the Philippines, I bring it here and plant it,” he says in excitement.

He also plans to use the prize money from the RAFI award to put up a seedling nursery for Negros’ native hardwood trees.

Tatay Eti has not only followed his dreams but has built a lasting legacy to be enjoyed by his children’s children, the people of Negros, and travelers like me. 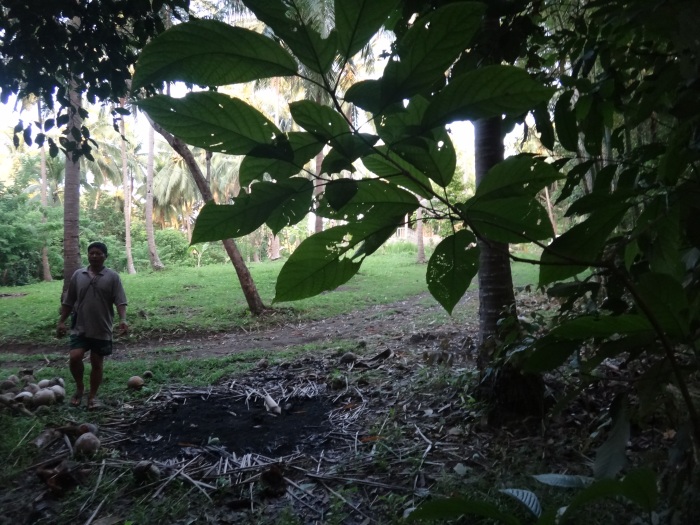 Tatay Eti in an ordinary day at Liptong Woodland

This is the second of two entries about Liptong Woodland. Read the first entry here.

Update as of 2018: Liptong Woodland now has 226 native plant species, 34 of which are hardwood native trees. Liptong Woodland also attracts native birds, including the rare blue-winged pitta which hasn’t been sighted in 111 years. You can read the article here.

How to get to Liptong Woodland:

From Dumaguete City public market, take a jeep to Valencia for Php 13. Get off at Valencia’s public market then take a tricycle or a habal-habal (motorbike) to Liptong Woodland. Fee for habal-habal is Php35, while it is Php10 per person for the tricycle ride if you are going with a group.

You can camp on the grounds of Liptong Woodland or stay at their cottage, which can house at least four people. Pitching a tent is free while staying at one of the cottage’s two rooms is Php 500. Call Tatay Eti (Rene Vendiola) at +639193962633.

14 thoughts on “The Man Whose Love Built A Forest”