I read somewhere that once in your life, if you are lucky, you will meet that person who will forever divide your life into the time before you met him or her, and the time after. Such is the impact of that person in changing your life.

This 2012, it was not a person for me. (Thankfully, I already met that one person before – but that’s another story.) It was my first long-term solo adventure – backpacking through 11 provinces around Visayas for seven weeks.

Prior to embarking on that adventure, I was stuck in a rut. I was working freelance, generally had control of my time, and taking trips as much as I could with friends. But apart from the momentary excitement from those travels, I had not felt deeply passionate or enthusiastic about anything in years.

Throughout that restlessness, a long-ago, almost forgotten childhood dream surfaced – that of exploring new places, alone, and indefinitely, much like the quests I read about in storybooks and watched in cartoons on TV. Except now I would not be on a quest for the end of the rainbow or any goal. The journey itself would be the adventure.

Here at last was something that excited me and made me feel alive every day.

But making the adventure happen was not easy – in fact, it almost did not. Sickness in the family, money concerns as a result, and my own prolonged sickness would be the summary of it. My trip was so uncertain that I only chose to launch my blog and announce my trip the night before I was to leave.

In hindsight, everything that happened prior to that Visayas adventure was an adventure itself that prepared me well for my trip.

I started with slow travel at Jagna, Bohol – quite slow that I had time to watch and help in my host family’s fiesta preparations, and savor one travel destination at a time. I even watched the preparation of the famous Jagna calamay, a true labor of love as preparation time takes four to five hours, most of them to patiently mix the hot, thick liquid.

On a boat to Hilongos, Leyte, I met a girl (angel?) who saved me from being stranded and ensured my safe passage to Tacloban, where my host awaited me. In Babatngon, Leyte, I again continued my slow travel amid butterflies, fireflies, mangroves, coconuts, flowers and delicious organic food at Paruparong Bukid. I also managed to squeeze in a short but relaxing trip to a quiet, seemingly untouched beach. 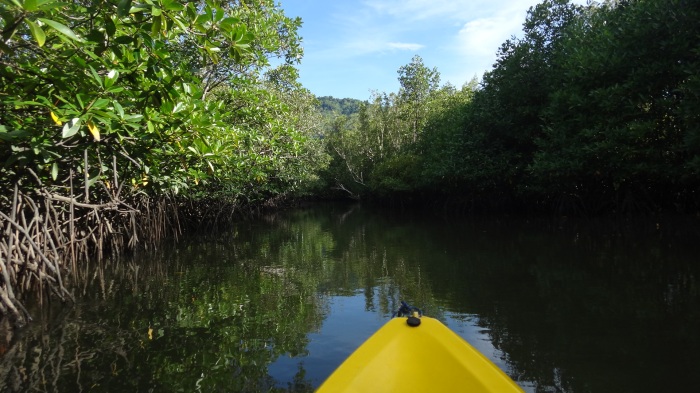 Kayaking through Paruparong Bukid’s creek and onwards to the river

Biliran found me dazed, on top of one of its many waterfalls, and walking on its Higatangan sandbar at sunrise, late morning, afternoon, and sunset. The simple but happy people of Higatangan island showed me just how much one can be happy with little, and even amid daily hardships.

Samar tested me as my supposed host and guide was nowhere to be found, but this beautiful province gave me moments of timelessness and new friends. Cebu, meanwhile, passed me on a test of judgment and intuition when I let a local in Sibonga lead me to a place I could stay for the night, as Internet searches and questions to a few bloggers yielded no advice on budget accommodations.

And, it was also in Cebu, particularly Moalboal, where I had my first magical and unexpected encounter with a whale shark.

In Negros Oriental, I had some of my crazy and unforgettable firsts, one of them riding a wooden bike – with no brakes – downhill, and intuitively saying yes to a travel invitation from a stranger I met just minutes ago. That decision to go with the flow brought me to an awe-inspiring forest of native, usually endangered trees, some of which were dinosaur-era species, all lovingly planted by one remarkable man. 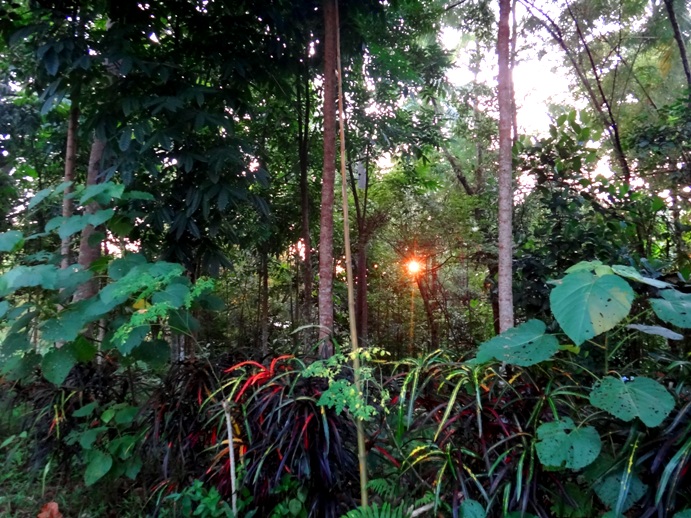 In Iloilo, I had a satisfying reunion with my favorite oysters; at Anini-y, Antique, I felt like Dora the Explorer at the wild, uninhabited Nogas Island, and the boulders and cliff at Siraan hot spring. In Aklan, my faith in the human heart and spirit soared when the humble staff at Kalibo Mangrove Park made me join their simple and delicious lunch, as the park’s restaurant served no food at that time. Now, when I think of Aklan, I think of its people, not just Boracay.

If I had to pick only one island, one place in Visayas, which really left an impression on me, though, it would be Danjugan Island in Negros Occidental. It is an unspoiled paradise with fish, eels and sharks swimming at ankle-deep waters and eagles circling above the island morning and afternoon. I had the privilege to witness, participate, and facilitate in one of their environmental awareness camps for public school kids. Being in a beautiful place, having genuine interactions with the people, and serving in a way I could, were what made my Danjugan experience the most unforgettable. 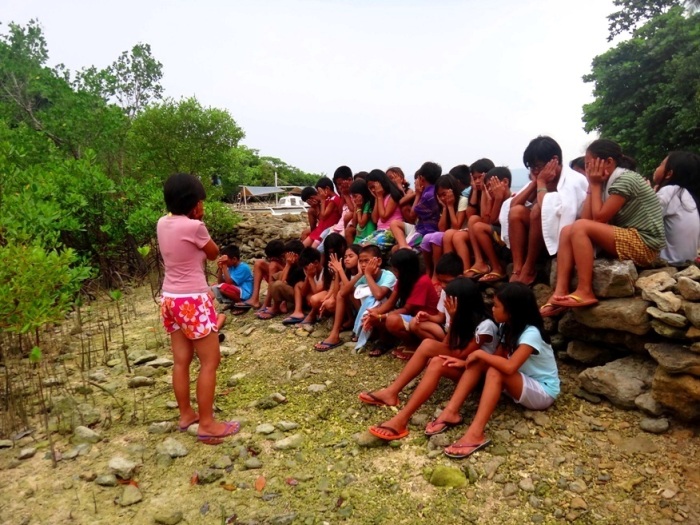 Capiz was a fitting finale to my seven-week adventure. I met warm, inspired and inspiring people passionate about what they do. Curiously, I felt both the comfort of home and the thrill of adventure at yet another pristine island, Olotayan Island.

Capiz was the final push that made me decide to actively change things in my life.

During my backpacking, everyday was pure bliss, even amid seeming inconveniences like walking and waiting in line to pump water for the day’s needs. Every day I walked with gratitude, feeling like the richest woman in the world.

Before my adventure, I had felt tired and restless, with nothing exciting me for long. It was not that I really had nothing to be passionate about – it was just that I had been swallowed up by the usual adult preoccupations of surviving and making a living, and was limited by seemingly logical reasons (which I now know as excuses) to allow myself to dream and make it a reality.

Research shows that it takes 21 days to re-wire the brain and change a habit. I had never felt more alive on a daily basis than in my backpacking adventure, and so halfway through that everyday bliss, I asked myself the question that changed everything – “Why can’t it be like this every day?” – followed by, “Why don’t I make it so?”

And so, even before I went home, I made the commitment to do more things that make me come alive. Since I started following my bliss, doors and opportunities have opened for me, and new, interesting people have crossed my path. (Joseph Campbell was right.) 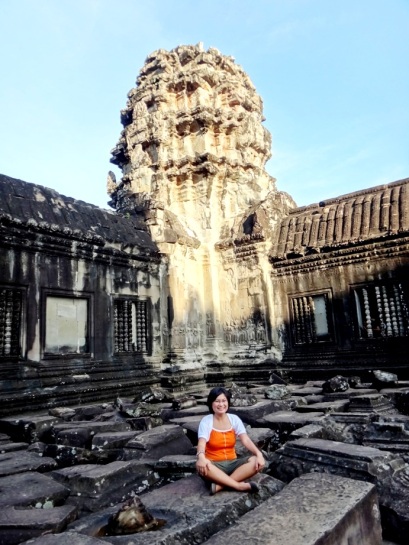 Here are just some of the amazing experiences I had this year as a result of that decision:

I had only ever one regret in my seven-week adventure, but now I am doing what I can to prevent future regrets. I try to make time for what makes me come alive every day – before, I saw such things as luxury or something to do if I had the time, but now I realize I can’t afford not to make time for this.

And, I also look forward to the day when doing what makes me come alive will also make me a good, sustainable living. I work and hope for that. For now I go with the flow.

This is an entry to the Pinoy Travel Bloggers blog carnival “This Year In Travel” hosted by Gay Mitra-Emami of Pinay Travel Junkie and Regine Garcia of Between Coordinates. 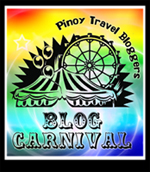 43 thoughts on “The Adventure in 2012 That Changed Everything”