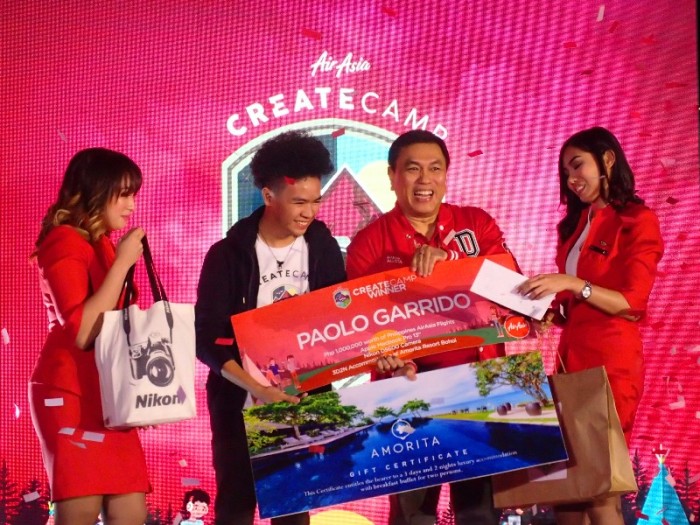 “Sobrang saya, sobrang overwhelming ng feeling… (I feel so happy, so overwhelmed). I want to keep learning and inspiring other people, and share more stories.”

Graduating college student Paolo Garrido just won the title of AirAsia’s next storyteller at the AirAsia CreateCamp travel reality show, and will now be part of AirAsia’s team creating stories and videos of different travel destinations.

After judges went through 500 entries, Paolo was among the five finalists who took part in the AirAsia CreateCamp, a boot camp across Bohol, Palawan, Mt. Province, and Leyte, where current AirAsia storytellers mentored the finalists on photography, videography, and crafting a good travel story. Each episode features one province. At the end of the episode, finalists’ creations are shown.

See the five finalists being introduced in this teaser below. Also, you can watch all four episodes at the end of this blog post.

All finalists are either college students or fresh graduates, and are passionate about travel.

The finalists shooting on location at Rasa Island, Palawan. Screengrab from Episode 2

Here is Ray’s video on Leyte:

Here is Jaip’s story on Palawan:

Cara Durano and Bea Paragas are both reflective and poetic in their approach, which the creative writer side in me appreciates.

At some point during the course of the camp, I voted for all finalists when I realized that I liked their entries. I actually could not make up my mind who I wanted to win, but when I was forced to pick only one last night during the announcement of winners, I picked Paolo.

Paolo can at times be practical and factual, at times poetic. While he does not have the breadth of Jaip’s and Ray’s filmmaking experience, what pulls in the journalist and passionate traveler in me is his desire to get into the heart of locals’ stories and attempt to share them the way locals would.

“Importante na i-immerse mo ang sarili mo, at pag na-immerse ka na, doon mo malalaman kung ano ang pwede ipakita sa lugar na yon at sa mga tao,” he told me. (It is important that you immerse yourself, and once you are immersed, that is when you will know how to portray a place and its people.

Here is one of Paolo’s CreateCamp outputs, which is my favorite among his entries, as it beautifully portrays a travel destination through the eyes of a local:

Paolo is at the moment working on his college thesis, which aims to promote his home province Laguna. True to letting locals share their stories, he actually handed cameras to locals to make their own stories, with wood carvers from Paete, women making embroidery in Lumban, and buko pie makers in San Pablo.  Paolo will be editing the footage into one video.

With Paolo’s awareness and sensibility on the importance of locals’ point of view in travel stories, I am hopeful that there will be more stories sharing not only the physical beauty of a place, but also its heart – especially its people. I believe that knowing and appreciating a place like this can encourage people to become more conscious and responsible travelers.

Paolo, a graduating student from Mapua, is working on his college thesis that embodies his travel philosophy on letting the locals’ perspectives shine. He also looks forward to creating more travel stories as AirAsia’s new storyteller.

Below are some more snaps and information from the AirAsia CreateCamp Grand Finale last night, where four of the finalists came:

The AirAsia current team of storytellers and CreateCamp mentors. Patrick Martin, one of the directors of the show, said, “Everything they learned [at the camp], they can now apply in travel and life.”

AirAsia team, including the mentors and current storytellers, watch on before the announcement of winners

The four finalists waiting in anticipation for the announcement

All four are winners and have prizes to take home! Cara is first runner-up and also the People’s Choice, Ray is second runner-up, and Jaip is third runner-up.

The finalists together with their mentors

After CreateCamp, first runner-up Cara plans to continue her business in Cebu and to keep traveling. She also has a talk coming up about her experience traveling to Everest Basecamp! Screengrab from CreateCamp teaser

Second runner-up Ray says he is open to opportunities, and even a collaboration with the other CreateCamp finalists. 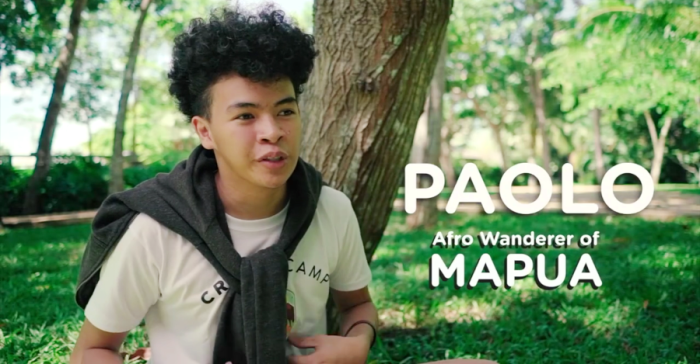 And Paolo plans to make more travel stories as AirAsia’s new storyteller! He might be planning some serious travel in the future, too, as part of his prize is P1 million worth of AirAsia flights!

I am excited for all the stories the camp participants will create in the future. 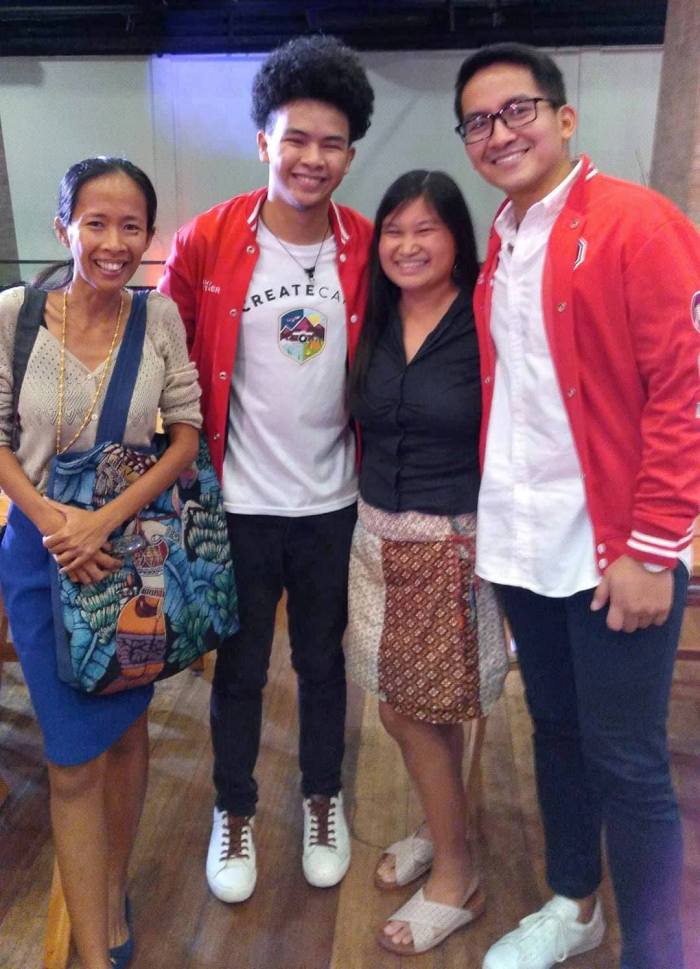 Bonus photo: Quite grainy, but I was happy to have a photo taken with the winner and one of the directors! Also with me is fellow travel blogger Rona Beltran.

Below are all four episodes of the AirAsia Create Camp. Each episode is around ten minutes or less.

One thought on “AirAsia’s new storyteller: “I want to tell stories from locals’ perspective””